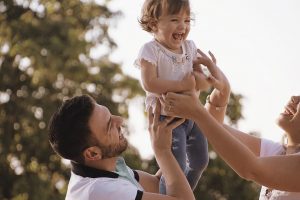 It is often assumed, by legal and mental health professionals alike, that when divorcing parents are unable to come to an agreement in regard to parenting arrangements for their children, and remain locked in high conflict, shared parenting is contraindicated. The belief is that children will remain caught in the middle of their parents’ conflict, and exposure to ongoing conflict is extremely damaging to children’s well-being. In many jurisdictions, there is a legal presumption against shared parenting in high conflict cases. As a result, parents who seek a sole custody arrangement or wish to retain primary caregiving responsibility for their children after divorce often characterize their cases as high conflict. Parents may exaggerate the extent of conflict, or purposefully engage in conflict to resist a court order for shared parenting.

There is no debate that continued, ongoing, unresolved high conflict is harmful to children of divorce. What remains under dispute among legal and mental health practitioners and policymakers is the type of parenting arrangement that is best for children in high conflict situations, and the amount of time children should spend with each of their parents in such cases.

For many years the research supported the position that shared parenting in situations of high conflict was harmful to children. More recently, however, this research has been scrutinized and found wanting, and a different viewpoint has emerged. Previous research examined the frequency of alternating contact, and found negative outcomes for children in situations of high conflict and a high frequency of alternations between mothers’ and fathers’ homes; that is, children were being exposed to their parents’ conflict during frequent transitions between the two households. When the frequency of transitions is reduced, and high conflict parents avoid direct contact with each other during the transitions and shield their children from their conflict, these negative effects disappear.

Other research has demonstrated that sole custody is associated with exacerbation or creation of conflict, as fully half of first-time violence occurs after separation, within the context of the adversarial “winner-take-all” sole custody system. Given the high stakes involved, this should come as no surprise, as fear and hostility runs high when parents are threatened by the potential loss of their children. Studies have found that limiting fathers’ involvement in their children’s lives is correlated with their reported level of hostility toward their ex-wives. Interparental conflict increases in sole custody arrangements, and decreases over time in shared parenting arrangements; when neither parent is threatened by the loss of his or her children, conflict goes down.

Rather than accepting that high conflict is inevitable in divorced families, our goal should be to reduce the conflict. Shared parenting provides an incentive for parental cooperation, negotiation, mediation, and the development of parenting plans. Most parents can successfully learn to minimize conflict when they’re motivated to do so, and shared parenting provides this incentive. A number of specialized interventions to help parents reduce conflict have been developed, including therapeutic family mediation, parent education programs, and parenting coordination. A key strategy is keeping parents focused on their children’s needs, and enhancing parents’ attunement to their children’s needs. The main therapeutic task in high conflict families is to help divorcing parents separate their previous marital hostilities from their ongoing parenting responsibilities. Parents who remain challenged in this regard also have the option of parallel co-parenting. Over time, as the dust settles, parallel parenting may become replaced by a more cooperative co-parenting arrangement.

Finally, it is important to distinguish among different types of high conflict. Conflict is a normal part of everyday life, and to completely shield children from normal day-to-day conflict may in fact be doing them a disservice, as conflict presents an opportunity for resolution of disputes, healing and reconciliation. Conflict is not inherently bad for children. It is persistent, unresolved conflict that is dangerous for children. And children need to be shielded from violence and abuse. Children of divorce should be afforded the same protections as all other children when there is a finding of abuse. This includes situations in which children are exposed to violence directed toward one of their parents.

In the majority of high conflict divorces, however, violence and abuse are not a factor. The culture of animosity created by litigation and the adversarial sole custody system, however, seems tailor-made to produce the worst possible outcomes when there are two capable parents who wish to continue as primary caregivers, cannot agree on a parenting plan, and are forced to disparage each other in an effort to simply maintain their role as parents. Children’s safety in the majority of divorces is best assured when both parents are actively and responsibly involved in their lives, and when social institutions support them in the fulfillment of their parental responsibilities.

Edward Kruk, Ph.D., is Associate Professor of Social Work at the University of British Columbia, specializing in child and family policy.

Panhellenic Poll: Public opinion overwhelmingly 89% in favor of shared physical custody of children after a separation

OBJECTIVE : The non-profit organization ACTIVE DADS FOR THE RIGHTS OF THE CHILD   assigned Focus Bari S.A. to conduct a Panhellenic Telephone Survey to an adult audience, in order to obtain information on the views of Greeks on the issues of parental equality and child custody as well as answers to questions about whether Greeks decide which politicians to vote for or not, influenced…